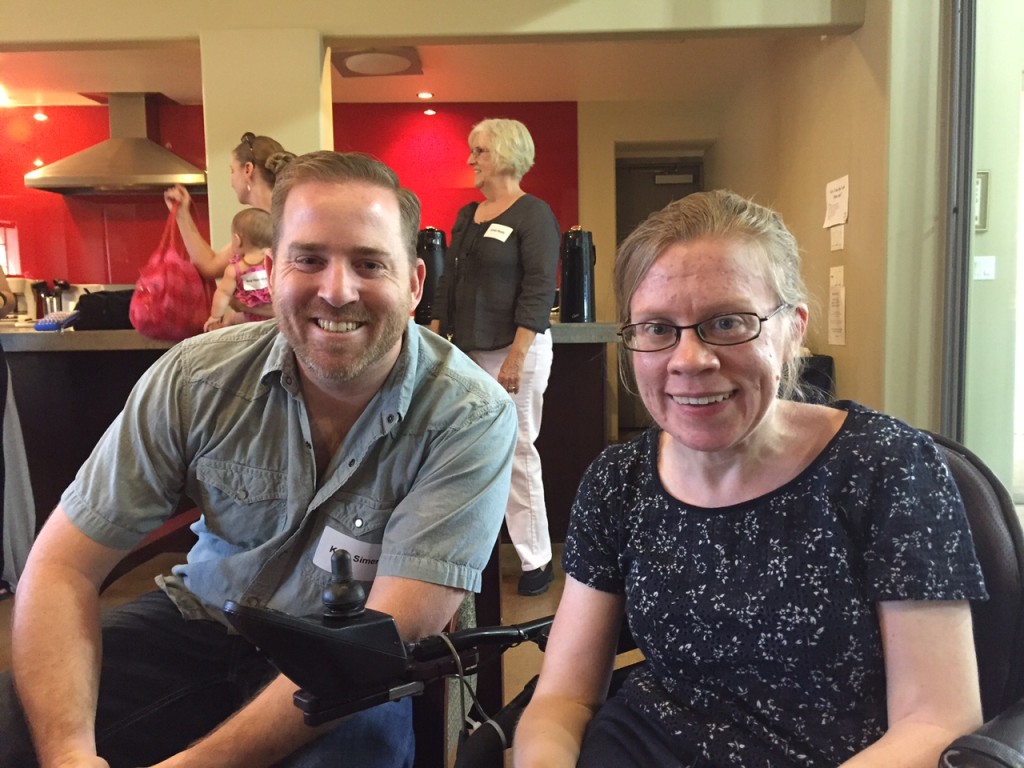 “It’s become a home for me,” Kent Simer said when talking about his experience at City Square. He remembered seeing the City Square signs on his way home from work in downtown Phoenix and one day finally going in. He attended one of the first services, and felt welcome right away. He described it not only as a place he enjoys, but one he needs. “My life just keeps getting richer and richer with all of the people I’ve met here,” he said.

Kent grew up Presbyterian, and much like his experience at City Square, was one of the first members of his home church. He attended youth bible studies and was involved as a participant, counselor, and director at a Presbyterian Church camp. He continues to participate on the Board of Directors of that camp.

Although these experiences helped inform his faith, members of his family also attended church within the Methodist tradition. He sometimes attended church with his grandfather, and noted that the Presbyterian and Methodist traditions don’t feel that different to him. He said that City Square felt like a better fit for him because it felt more welcoming to him as someone who is single without kids.

In addition to the welcoming atmosphere, Kent said he enjoys that City Square is always willing to ask questions. “It’s not afraid to try new things and to experiment with how and where we worship,” he said. He participates in the Spiritual Formation group, and said that has helped cement his place in the church and build strong connections with people while allowing him to more deeply explore his faith. He is also on the church’s Leadership Committee.

Kent said others attending City Square for the first time should know that, “You can come as you are wherever you are in your spiritual journey. It’s just a friendly place to be.”