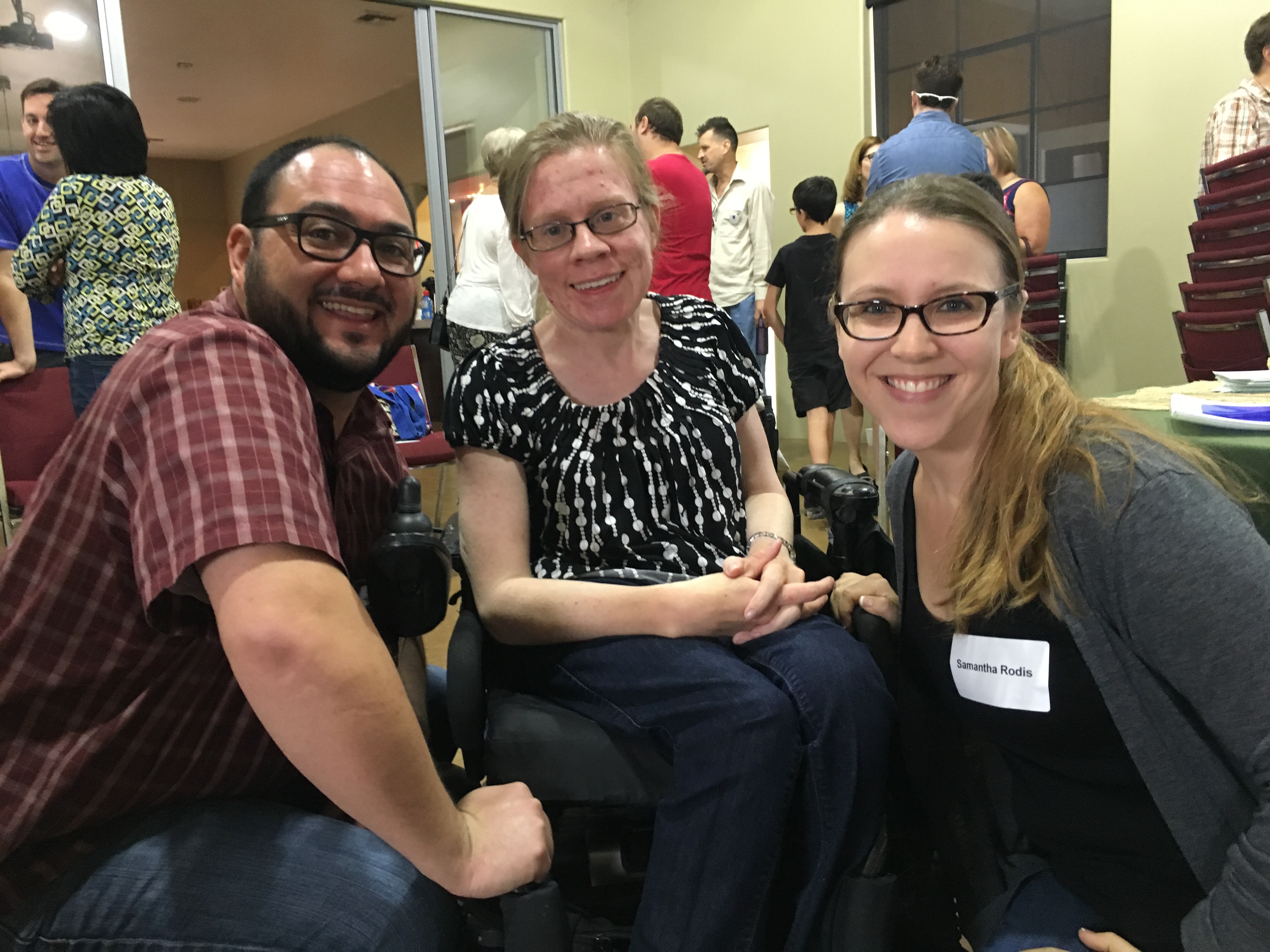 Jon and Sam Rodis came to City Square because Pastor Brian was looking for musicians to play in the band. Although he wasn’t necessarily looking for a church, Jon said he’s found a place where he can be himself. He is able to play and write the spiritual music he loves, which he said he never thought he’d be playing in a church.

Sam agreed that City Square has helped her feel accepted in a religious community for the first time. She said her family never attended church when she was growing up. “The few times I attended church with friends, I felt like I didn’t belong and everyone knew it.” But City Square has been completely different for her. “I’ve never encountered this many people in one place who really care about each other. It inspires me to be the best version of myself and to be a more genuine and caring person,” she added.

In addition to the strong community, Jon noted that City Square has helped him grow theologically as well. He said growing up his hesitation about God and spirituality stemmed from his observation that some religious communities are more hierarchically based and seem to select an elect few who are qualified to understand God and matters of the universe. “Through reflecting on songs, prayer, and scripture, I’ve come to understand that there doesn’t have to be any pretense of me understanding the entirety of what God or the universe means.”

In terms of how City Square might be different from other churches, Jon believes that practice is emphasized over belief and spirituality is emphasized over religion. “We ask our people to think about how they might lead a spiritually healthy life rather than counting on a certain belief system to carry them through,” he said.

Sam said this emphasis on exploration is one of the things she loves most about City Square. “I haven’t found another spiritual community that is open to so many different ways of exploring faith. For someone like me, who is relatively new to a faith community, it’s refreshing to be around people who are strong in their beliefs as well as people who are just beginning their faith journey.”

Jon added that while City Square has a strong community, he believes that the church emphasizes individual strengths rather than focusing on the community as a whole. Sam agreed. “When everyone is the best version of themselves they are able to give the best to our church community and our neighborhood community.”