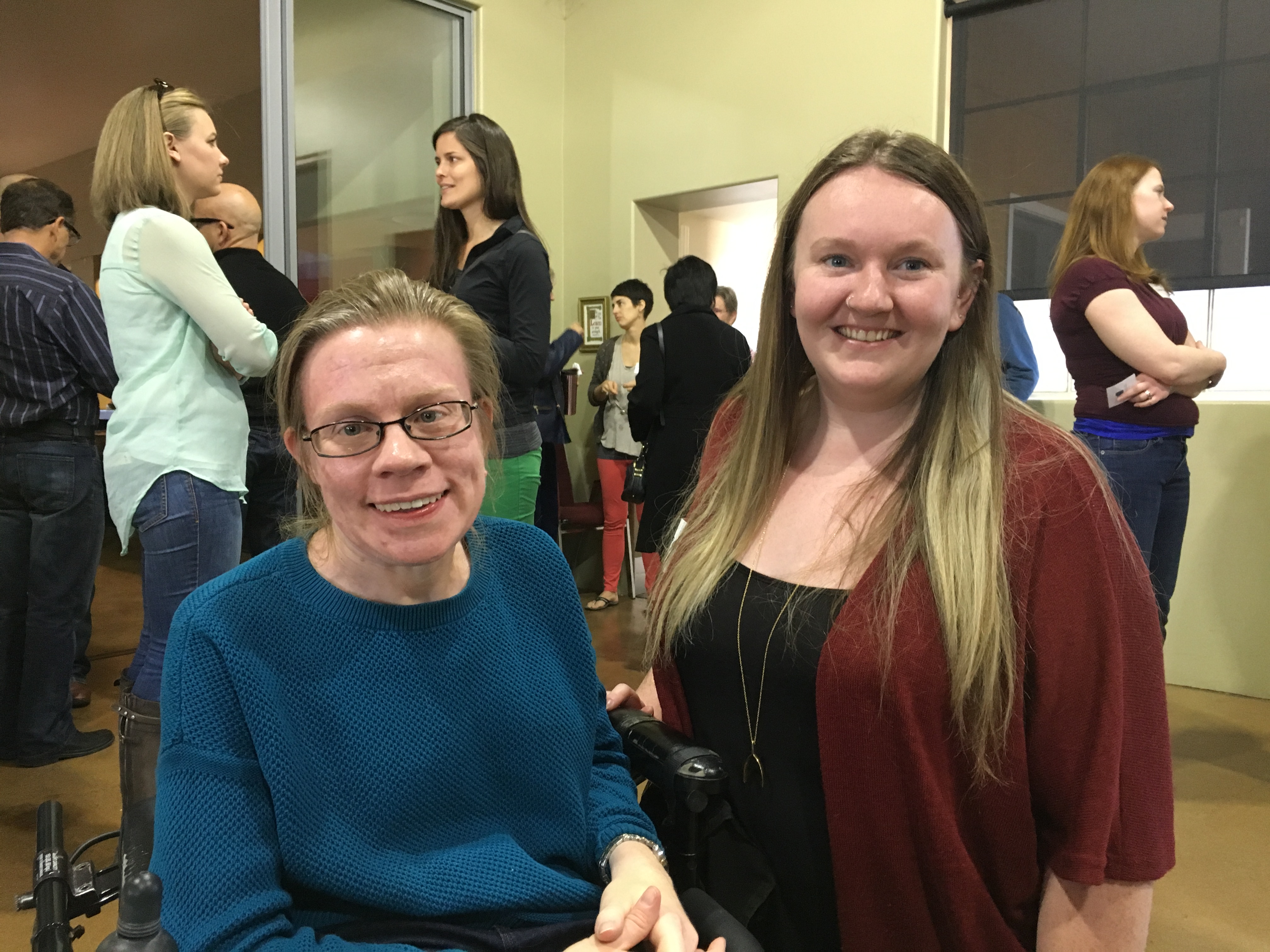 A lifelong Methodist, Sarah Potts has known former Pastor Rob Rynders since her freshman year of college when Rob was her campus minister at ASU. Through Rob, she met Pastor Brian Kemp-Schlemmer, and they all participated in various conference-level activities together. When Rob and Brian decided to start City Square, Rob asked Sarah to consider leaving her current position providing child care at a different church to help care for the children at City Square’s congregation.

Although she has provided child care for other churches, Sarah said this is the first church where she has felt like she is a true part of the congregation. At City Square she is able to hear the sermons and participate in the service. In addition to helping with the child care, she also helps plan some of the Sunday school lessons for the children’s ministry. “I love to see the kids grow and learn,” she said. “It’s such a wonderful thing to see their curiosity as they learn about their faith.”

Something that started as a job became so much more for Sarah. She is grateful for City Square’s strong community. In past churches Sarah had attended, she felt like the people who attended the most often ended up being the people who became the most involved. Regular attendance is great, but at City Square, she noted that people can be involved right away. “I don’t think I’ve seen a single person come in here and not feel like they’re welcome as part of the community,” she said. “That’s such a beautiful and rare thing these days. It’s so nice to come and feel almost like a family.”

Because of this strong family feeling, Sarah knows she can be herself at City Square. “To me, City Square is almost a feeling of coming home,” she said. “Even people who aren’t Christian can still find a place here. I’d love for people to come and experience it.”