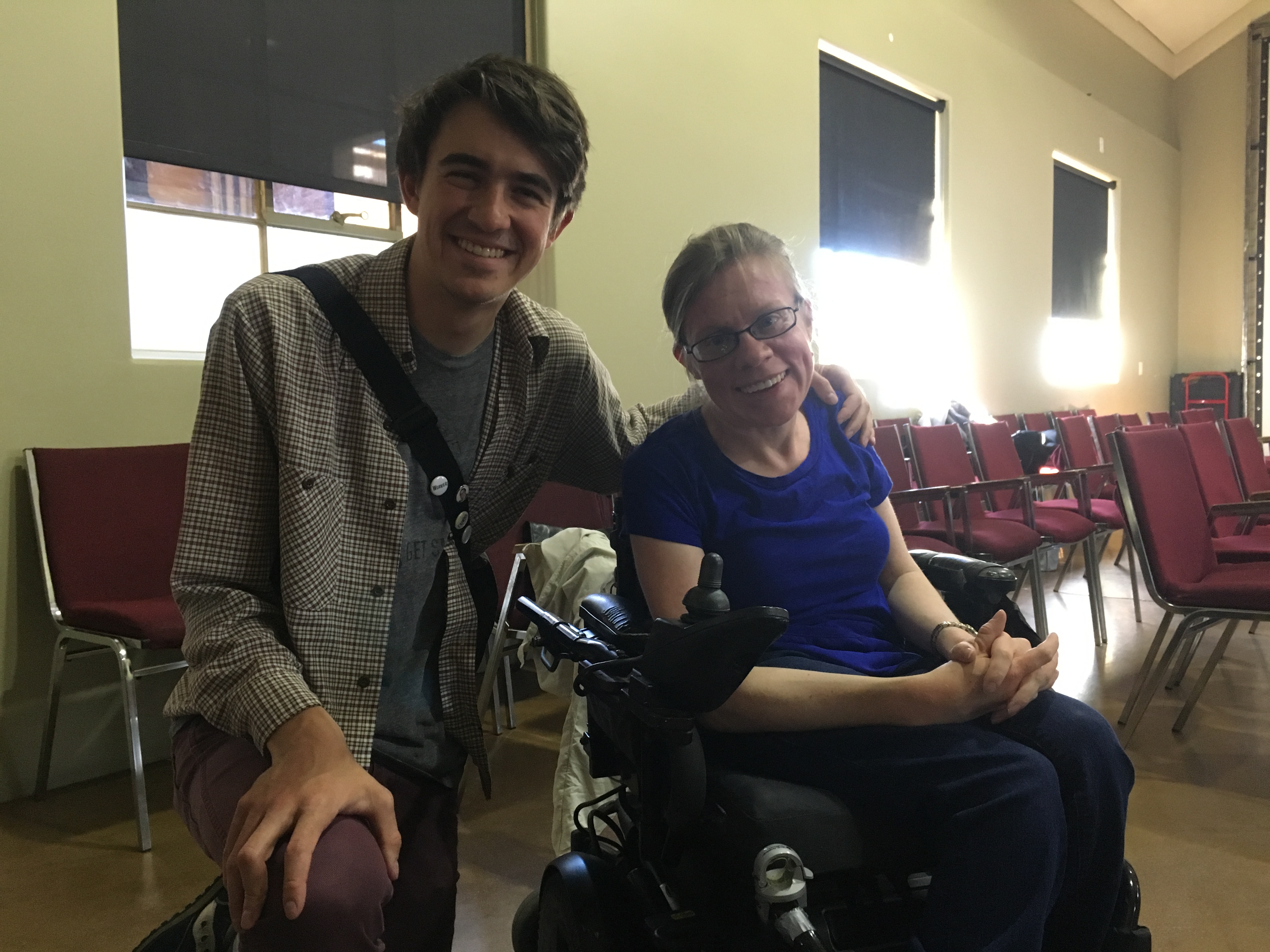 Connor Descheemaker enjoys being involved in Phoenix art and culture, especially music. He developed a passion for punk rock when he was younger through his hobby of skateboarding. His family encouraged his passion by continuing to expose him to different types of music. Because of his artistic interests, he is involved in many different Phoenix events and Facebook groups. He first became involved in City Square after being contacted by former Pastor Rob Rynders on Facebook through one of the groups they had both joined. Rob was recruiting members for the church, which was relatively new at the time.

In addition to his day job, Connor helps to book concerts several times a month around the Valley at venues such as The Trunk Space and The Newton at Changing Hands bookstore. “I just love meeting people from all over the country and world. I love providing a space for people of all ages to experience new and challenging art,” he said.

Connor grew up Catholic, but his family left the church when he was 12 because they didn’t agree with some of its teachings. After leaving the Catholic church, Connor attended evangelical churches for a while, but found that all of the churches he chose to attend remained conservative in their theology. He said that it is refreshing to attend a church with progressive viewpoints.

Connor said he loves that City Square acknowledges the mystery of faith and accepts everyone’s viewpoints. “It knows that there’s truth, but it acknowledges that not everyone is 100 percent on the same page.” He pointed to the recent “Questioning Faith” series in which participates discussed questions of their faith without pressure to find answers.

Connor wants people to know that everyone is welcome at City Square. “There is no pressure to be a certain way except to be honorable and to listen to one another.”

City Square is just one of the places that helps Connor explore his passion for learning. “I’m always excited to discover new things and to be challenged in the culture that I’m exposed to,” he said.