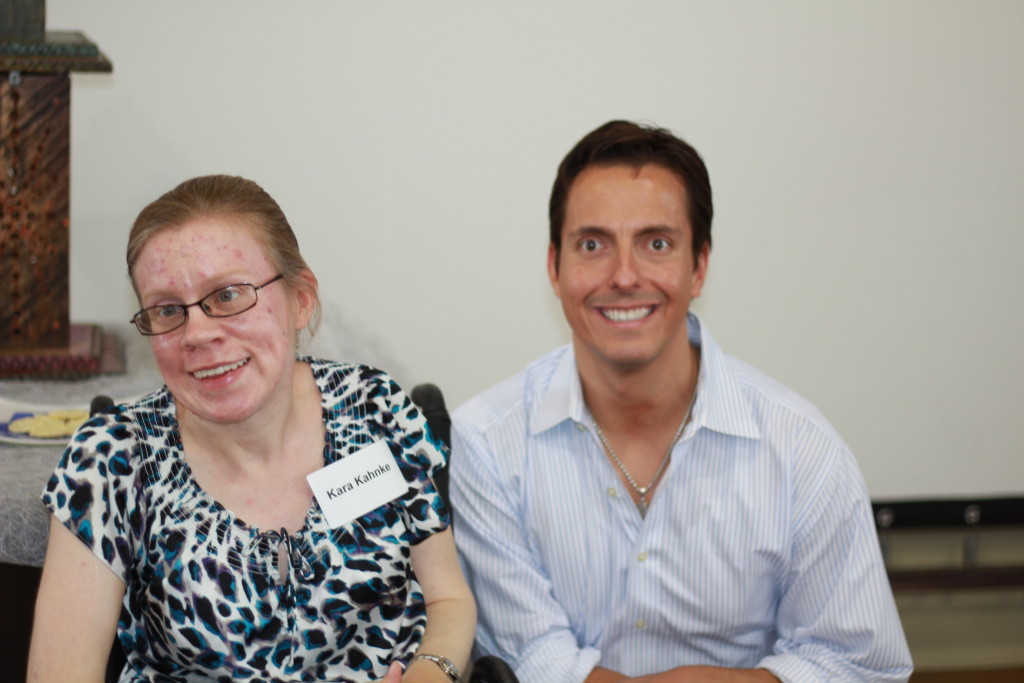 Josh Woodward learned about City Square through Pastor Brian. They originally met in 2010 when Brian was doing his externship at Crossroads United Methodist Church. Josh remembered being impressed by Brian’s openness and honesty, and his ability to connect with the congregation. When talking with Brian a few years later, Josh was excited to learn that he was starting a new church.

Josh said Brian’s value of openness has continued at City Square. “It’s a very warm and loving place. At its core it supports the golden rule of treating others as you want to be treated. You feel embraced by a community that truly wants what’s best for you,” Josh said. He noted that this embracing warmth is part of what makes City Square so special.

Josh’s parents didn’t grow up Methodist, but his family eventually found a Methodist church that they enjoyed. He was officially confirmed in 1993. He said a connection to his faith has always been important to him. “At the times when I went away from the church, I felt a call to come back. When I wasn’t involved with the church, I felt that absence.”

In addition to attending church services, Josh recently led the Painting small group. He believes that part of being a good Christian means giving back your time and talent to help others. After doing some soul searching, he realized that he wanted to use his talent for art to enrich the City Square Community. He has always enjoyed drawing and painting, and wanted others to have the same rewarding experience.

Although this was his first time running the Painting group, he said it was an enjoyable experience. “At the end of the day it’s about being together, having fun and enjoying yourselves. Hopefully, it inspired people to try something new.”

The Painting group is currently on hiatus. Josh may bring it back in the future, but he is now participating in the Writing group. He said he’s excited to begin in this new group because it’s yet another way that he can build his fellowship with others in the City Square community.

Josh said that people looking for a church community should know that they don’t need to be of a particular faith background to attend City Square. “We take the approach of asking why. We ask ‘what can we do to make our community a little bit better?’”