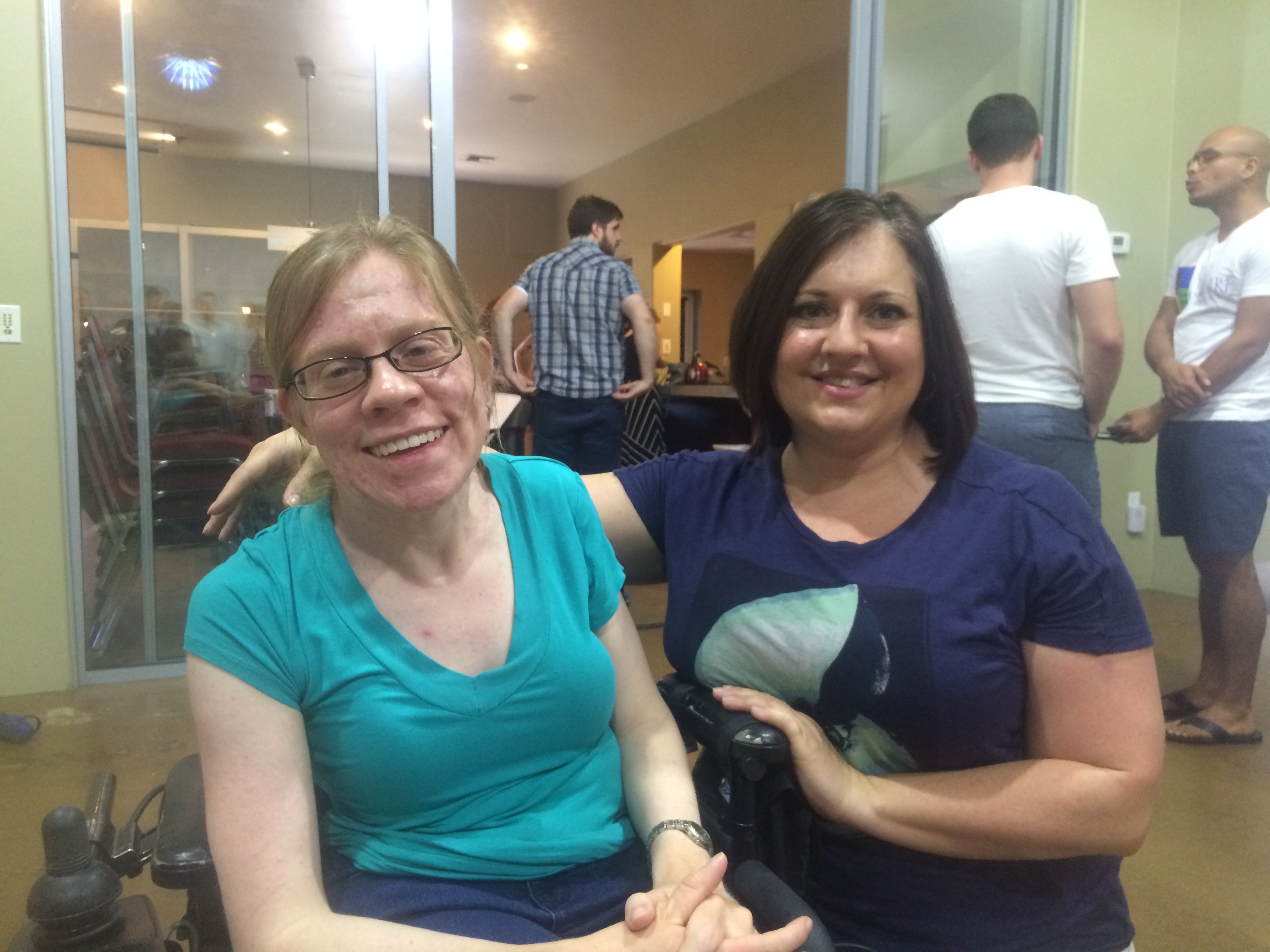 Tiffany Flaming found City Square online when searching for a church after moving from the Bay area. She said she was looking for a church that was both accepting of the LGBTQ community and supportive of women in leadership. While City Square meets both of these requirements, she said there are so many other reasons she loves it.

Tiffany likes that it’s an informal organization that isn’t controlled by the wishes of one person. People are free to pursue their own interests through various activities and small groups with the church’s blessing. She said she enjoys that City Square doesn’t choose to isolate itself in general. She was looking for a church that didn’t spend all of its time focused on its own people. “Finding a church like City Square that has an outreach focus and gives money and time to community organizations was really important to me.”

Tiffany comes from a varied faith background. She has been part of the Presbyterian tradition most of her adult life, but was raised practicing Mennonite and Baptist traditions, and attended Baptist seminary. Tiffany noted that she chooses to attend a church based on the individual church itself rather than any given belief system it represents. She knows she’ll never agree with every tenet of a particular denomination. She said she has alternated between belief systems that focus on original sin and those that focus on original blessing, noting that her own belief system is somewhere in the middle. She knows that City Square will accept her no matter what she believes.

“City Square is a safe place to explore your faith without a hard sell,” Tiffany said. “Anyone who attends here is going to find a place where a relationship with God is encouraged, but we’re not going to tell them how to do it. We are also going to tell everyone that they are valued and loved. Everyone can be themselves here.”

To her, City Square represents the small, engaged young, friendly and progressive community she had hoped to find when she moved here.

Because City Square recently celebrated its two-year anniversary, Tiffany noted that it’s exciting to be on the ground floor of something. “There are so many people here who pursue their own passions and service to the community in so many interesting ways. We are on the verge of so many wonderful things.”